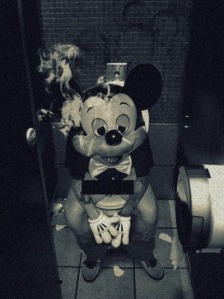 This story starts on a wet autumn’s eve at a bar in Bethnal Green. The mood is jovial with craft beer following craft beer, all ironically of course. As the natural course of the night progresses (no not casual flirting and light petting – what even is petting?) we’ve been exceptionally British and politely held our urine to the point we’re both about to burst. She cracks first and excuses herself so as to relieve herself. I follow suit undoing my belt on the way as I enter the toilets. Bad habit I guess as I see a distinct lack of urinals upon entry and just three cubicles in what I realise are unisex loos. Too late. Mild rage sweeps over, it being the trendy beard-filled, jeans-ripped-at-the-knee place that it is, of course it has a unisex loo, but I digress. First I need to explain the dilemma that men face all the pissing time.

The dilemma occurs when you enter a bathroom and the seat is down but has a range of piss on it from a single droplet to ‘did you get any in the bowl?’ With piss on seat but a perfect score on your last 49 seat-down visits: do you wipe? A question so profound it almost certainly provided the inspiration for ‘if a tree falls in a lonely forest with no animals around, does it make a sound?’ I.e if no one sees you leave the cubicle and you don’t need to use the seat, does the pee on the seat exist?

Now of course women encounter this problem. A toilet seat covered in piss hardly makes for a place to perch but you have no choice but to wipe. The dilemma lies wherein whether to wipe or not. This could either be out of politeness, or fear that the next person will think it was you. Or you could just not wipe. Your choice.

So there I am in a unisex loo and you’ve guessed it, the seat’s covered in piss. Now I’m well aware of the fact that there could well be a girl waiting outside. One who would come in after me and figuratively die just before tweeting ‘in the loos @insertgenericbarname and the seat is covered in piss! #unisexloos #menarepigs’.

My thought process is as expected, slight anger mixed with slight embarrassment as I’m wondering: “what’s this guy spreading on his bagel? Dude must be a pig, or drunk, or a drunk pig.” Pissed, needing a piss and cursing an imaginary pissed guy I decide to leave it. I can’t be wiping his piss; I’m a grown ass man.

This got me thinking: what the fuck do other guys do in this situation? Of course if I were at a dinner party I would have no choice but to rectify the bad choices my predecessor had made, but I wasn’t, I was in a pub where it was every man for himself. The unfortunateness was that women were present, I mean literally, outside the door. Well that was the fear and as I scored my 50th perfect score in a row I agreed I had made the right choice to leave it.

Of course, I had not. As I open the door I see a girl waiting outside. She looks me in the eye before heading straight for the cubicle.

I never did stay for another. Nice place though. 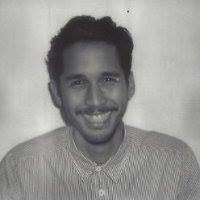 Written by the super talented Luke Tierney – Editor of Word Is Cheap – where music videos go to be happy.